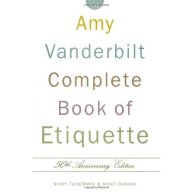 Not Going to Find the Answer Here

There are moments in motherhood that our imaginations lack the capacity to prepare us for.  I took Jack to urgent care because he had a 104 fever this evening  (turned out to be an ear infection and he’s doing much better now).  While I was waiting in line to check-in, he projectile vomited all over me and himself and continued to whimper in a pathetic little voice.  But, did that stop the woman who watched the scene unfold, from leaping from her seat to make sure she held her place in line?  Oh no, it did not!  So I stood there, soaked in regurgitated formula (which doesn’t even smell nice before it enters the stomach) while she chatted about her new insurance plan with the check-in lady.  At least a well-meaning foreign man handed me a little kleenex.

Eventually, after handing over all my insurance info and I-promise-I-won’t-sue-you papers, I was allotted a wash cloth and towel.   The bathroom did not have a changing table, so I was forced to perform the balancing act of wringing out my unmentionables while holding a sick 20 lb baby.   I returned to the waiting room with as much dignity as the smell of me would allow.  To pass the hour, I tried to look anywhere other than the “Red and Green Show”  that was blaring on the tv and at the same time,  tried desperately to understand the broken english of the woman sitting next to me who kept asking me if I lived in apartment D1 or D2.  “I’m sorry. I don’t know. I live in a house west of here?”  I finally said as her half-laughing, half-irritated son, hurried her out of the room.  I also chatted for a moment with a red-headed 3-year-old, who told the check-in lady that she was “wicked.”    Hmmm…  I really have no point to this selfish little vent-post redundant with parentheses.

The evening was much improved from that point on, medicine for Jack and a diet coke for me (another medicine of sorts), a change of clothes, a warm sympathetic hug and a clean house from my darling husband, our beloved physician (and half-physician, but still as beloved) on call for us should anything take a turn for the worse.    Ok, I do have a point (I can’t help it).  Though I can’t imagine what might be next, I can be sure that it will be for my benefit and God’s glory and that I will (eventually) give him thanks for it (and hopefully, probably laugh about it, someday).

One response to “I Can’t Imagine”

What do you think? Cancel reply